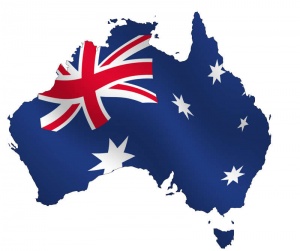 Despite increased competition and dwindling demand, Australia is “well positioned” compared to other wine producing countries in its four biggest markets according to a report by Wine Australia.

With a number of free trade agreements in place in its key markets, consistent harvests providing a reliable supply and favourable exchange rates over the past two years boosting the relative competitiveness of its exports, Australia has a number of advantages over its rival wine producing nations.

Since the start of 2018, the AUD/USD exchange rate has declined from over 80 cents to below 70 cents, meaning a wine at $10 per litre FOB can land in market at US$7 FOB equivalent instead of US$8, making it more cost competitive.

“China’s preference for premium red wines, its relative proximity to and strong economic and tourism links with Australia makes our wine sector ideally positioned to continue to strengthen its competitive position in this market,” said the Wine Australia report.

Meanwhile in the US, the premiumisation trend has benefited Australia, with wines priced between US$9 – 14.99 soaring by 29%, while at the same time those wines priced below $8 declining in the year ended March 2019.

In the UK, Australia’s largest export market in volume terms, Australia enjoys more than double the market share of its closest rival in the off trade sector. While Australia’s exports to the UK declined by 3% in value in 2018 – 2019, there was growth in the higher priced categories, with exports at $5 – 7.49 per litre FOB increasing by 6% in the year to June 2019.

“The uncertainty surrounding Brexit has dampened economic growth generally, but Australia’s strong position in the market, long term relationship and cultural ties will give it an advantage in post-Brexit trade negotiations,” said the Wine Australia report.

In its domestic market Australia enjoys the lion’s share, commanding 86% of the market. However, the Wine Australia report notes that this market is facing challenges in line with other mature markets in terms of declining alcohol consumption and increased competition from imported wines and from other alcoholic and non-alcoholic products.

Other factors which will benefit the overall wine sector according to Wine Australia include the growth of GDP and GDP per capita across most major economies which are expected to continue to grow over the medium term. GDP per capita in China, for example, is forecast to grow by 57% between 2018 – 2024, while the US is predicted to grow by 21% over the same period giving consumers in these markets extra disposable income.