To say that 2021 was a challenging vintage for Bordeaux wine producers would be something of an understatement.

Not only did they have a series of devastating climatic events to contend with, including severe spring frosts which saw many vineyards losing much of their crop, but heavy rain, disease pressure, and the Covid pandemic all piled on the woe.

The 2021 yield will definitely be smaller than 2020, though it is too early to give definitive figures, according to Christophe Chateau, communications director at the Conseil Interprofessionel du Vin de Bordeaux (CIVB).

He told VINEX forecasts indicate that this year’s yield will be below 4m hectolitres, compared to 4.4m hectolitres in 2020. The largest yield in Bordeaux’s recent history was in 2016 when a bumper crop weighing in at over 5.77mhl was picked, followed by 2010 when volumes were over 5.7mhl.

“We had some huge frosts at the beginning of April where temperatures in regions including Sauterne and Grave were minus six, seven, which caused big damage [in the vineyards] with around 70 – 80% of vineyards affected. We had a lot of water in May and June, followed by mildew.

Then after July it was quite dry – and in August we had 25% less water than usual," confirmed Chateau.

While this year’s harvest will be lower than that of 2020, it is still higher than the poor volumes of 2017 when only 3.499mhl was produced.

However, Chateau pointed out it was not only Bordeaux that suffered with many of France’s wine making regions affected.

While yields are down, quality, on the other hand will be good, claimed Chateau, with the relatively mild winter followed by the very cold April weather during the growing season favouring the white wines such as Sauvignon. The reds, he said, will also be good, but not in the same league as during 2019 and 2020.

One of the biggest revolutions in winemaking to take place in Bordeaux in recent years has been the conversion of an increasing number of vineyards to organic means of production.

“The change we have seen is incredible, people used dangerous chemicals
without knowing the danger and and there was no safety measures but we didn’t know any better at the time.”

“In the 1970’s when I was growing up we never had seat belts in the car
and our parents used to smoke, and it was like that in the vineyards as well.

Bordeaux is now one of the most progressive regions in France, and justifiably proud of the progress it has made in adapting its wine making techniques and work in the vineyard to adapt to climate change.

The  total vineyard area now dedicated to organic production increased by 43% last year to reach a total of nearly  20,000 hectares, with 72 properties or around 1,400 hectares certified as biodynamic.  At the same time over 75% of the vineyard area has a certified environmental approach. To ensure it keeps its position at the forefront of viticultural innovation, Bordeaux has earmarked €1.2m for research, including €400,000 allocated each year to reduce the use of pesticides. As a result of its efforts, Bordeaux has seen a 9% decrease in greenhouse emissions between 2008 and 2013.

It is now one of the biggest organic wine producing regions in France, second only to the Languedoc, though it has not come about without its headaches. One of the biggest problems to face producers switching to organic, said Chateau, is dealing with disease such as mildew, which is prompted by high temperatures and lots of rain. Without recourse to conventional agricultural fungicides it can be difficult to treat, as organic varieties are largely not as effective.

Chateau points out that one of the first regions in France to adopt organic methods of wine making in any great volume was the Languedoc, partly because it benefits from a relatively dry climate – certainly lower rainfall than Bordeaux.

“As a result, it was easier for Languedoc winemakers to switch to organic as mildew proved less of a challenge for them,” he said. Also, it provided an opportunity for winemakers in the region to stand out at a time when the region wasn’t the huge exporter it is today, and it became their point of difference.

“Becoming organic was a way for them to find new markets and to sell their wine.”  While Languedoc blazed a trail, other wine regions, including Bordeaux, have followed, and Bordeaux has not been slow to make the switch. 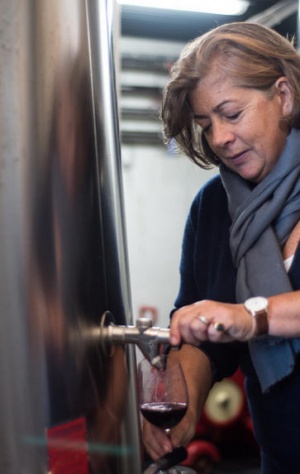 “Wines are drinking earlier, though that doesn’t mean to say they will not age well in 20 – 30 years,”

While climate change is undoubtedly one of the biggest challenges facing wine producers, not just in Bordeaux but around the world, it has brought some gains in the region.

Gone are the herbaceous green flavours and unripe Cabernet Sauvignons of yesteryear, as winemakers adapt their techniques and refine their methods.

“Wines are drinking earlier, though that doesn’t mean to say they will not age well in 20 – 30 years,” said Fiona Morrison, co-owner of Chateau le Pin, producer of Merlot-based wines.

Exports driven by US and China

In the past year, Bordeaux has seen its total global exports jump by 16% in volume and 37% in value to €2.3bn, with two major countries driving that growth – China and the US. The scrapping of the 25% tax introduced by the Trump administration, which is estimated to have cost French winemakers €450m in exports to the US between October 2019 and December 2020, has given French producers a massive boost.

As a result shipments to the US surged last year by 32% in volume and 68% in value. “We are now selling the 18, 19 and 20 vintages, and are experiencing high demand,” said Chateau, who notes a particularly strong demand for premium wines.

“Even if the economy has been impacted by Covid, luxury products by makers such as Louis Vuitton and premium wines are doing well. Some people have made a lot of money during the [Covid] crisis, though at the other end of the market spending has decreased.”

Bordeaux has also benefited from Australia’s loss of the Chinese market, after swinging taxes introduced by Beijing last year resulted in Australian wine and other goods being subject to tariffs of over 200%, which effectively closed China as a viable market to Australian producers. 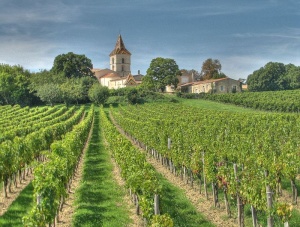 “This has definitely opened doors for Bordeaux wine in China,” said Chateau, pointing out that the French region has filled the gap left by Australia’s mid-range wines, while Chile has stepped into the breach left by the loss of Australia’s value offering.

Bordeaux saw its shipments to China rocket by 55% in the year to June 2021, though that headline-grabbing figure is slightly less impressive when compared to June 2019, when the growth only computes at 2%.

Nonetheless, it emphasises that there is ongoing Chinese demand for Bordeaux wines, (China has been the top export market for Bordeaux since 2010), and by the end of July 2021, the French region had recorded a 27% increase in volumes shipped to China, compared to the same period in 2020.

The UK market has seen a 9% drop in volumes, although this was partly due to buyers stockpiling before Brexit. The value of shipments to the UK has, though, jumped by 47% over the last year.   The UK has, though, recently leapfrogged the US to become the biggest export market for Bordeaux dry white wines.

Shipments of white Bordeaux to the UK jumped from 25,930hl in September 2019 to 28,917hl in September 2021, while exports to the US dipped from 30,317hl to 26,949hl during the same period, according to French customs data. This change, the first time that the UK has been the top market for dry whites, was described as “historic” by the CIVB, and “very good news for our whites in a key white market.”

Bordeaux may be arguably the most famous winemaking regions in the world, it still needs to protect its image and reputation for the future. It’s why the BIVB, conscious of the fact younger consumers, in particular, feel the wines are not accessible or relevant to them, is doing a lot of work to change those perceptions.

Its annual promotional campaign, Bordeaux Wine Month has helped boost awareness of the region, with 91% of participating UK wine merchants reporting an uplift in sales as a result of the campaign, with over a third of those being white wines sales.

“A lot of consumers are surprised to find out that Bordeaux does white wines,” said Chateau.

“The younger generation haven’t necessarily been brought up with Bordeaux wines, and have the perception that it is not for them. We want to show them that the wines are easy drinking and affordable, so they can drink them for casual occasions.” 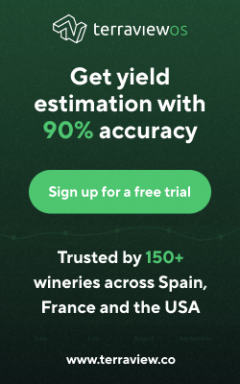